As one of my commenters pointed out earlier this week, there was something about Farscape.

A snarky human, a peacekeeper (who kicks major ass and steals his heart), a Delvian, a Luxan, a Hynerian, a Nebari, a Stykera, and a half breed Sebacean/Scarran. 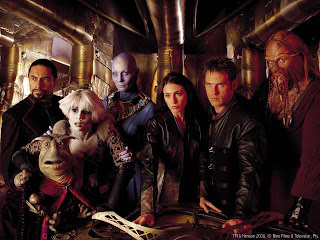 Now that's a crew! And the ship was sentient. Moya is a living ship and the inspiration for the ship (and story) in Deadly Beauty.

There have been post after post about the Love between Crichton (human) and Aeryn (peacekeeper). My choice for the longest lasting and most stable relationship on this show was between the Pilot and Moya. 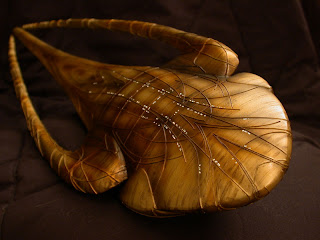 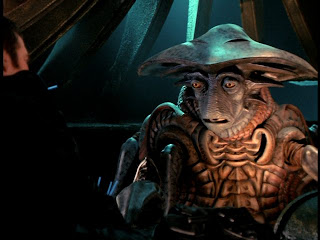 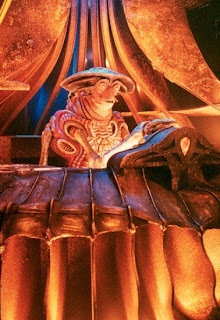 Pilot connected to and flying Moya.

Pilot has multiple limbs and is actually connected to the ship. He steers the ship, translates her for the crew, and when she gets hurt, he becomes ill. Now that is Love.

I've never seen Farscape, but it looks fascinating. Going to have to look for it. :) Thanks Graylin!

Ahem. Yes, I'm a Scaper. And Pilot... oh I fell in love with Pilot in his very first scene, in that beautiful, cathedral-like Den. I love the relationship he has with Moya, and with Aeryn. I love his gentleness and occasional snark and the fact you completely forget he's not actually real.

But Talyn was the prettier ship (or was that his captain...)

Farscape is awesome. I love the bio-mech technology, a living ship. A lot of really wild ideas that make you think.

I love the idea of a living ship. (The reason I love the Temeraire series is because they use the dragons as ships, and it's just so awesome).

There's this great blogfiction story about the AI of a ship, and her relationships, and it's superduper awesome. And free :)