My name is Misa and I’m a speculative romance author.

I blame my sister for the latter. She used to read Harlequin books and I used to borrow them, coming into contact with heaving breasts and milky thighs at a very tender age. I read Judy Bloom’s Forever. I watched Dirty Dancing and Romancing the Stone and learned to love being in love. Love is such a universal emotion, and I think that’s why I chose to combine it with my other passion – science fiction. 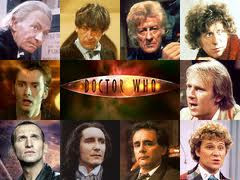 When I started writing, it was science fiction that I wrote. However, other other worlds fascinated me just as much; worlds closer to home and the possibilities of the supernatural. I discovered a love for the altered past in Steampunk, and alternative versions of Earth in urban fantasy. And I began to write speculative fiction, but always with a touch of romance. Okay, maybe more than a touch. Shut up.This love is down to watching Star Trek and Doctor Who as a child. I had a fascination with the stars that only science fiction could satisfy, though I watched every shuttle launch until the BBC stopped broadcasting them after the Challenger disaster. I wanted to boldly go and explore this last frontier. In lieu of that, I watched the Enterprise and the TARDIS, read about The Day of the Triffids and The War of the Worlds and journeyed with Arthur Dent.

So speculative fiction + romance = speculative romance. To date I have written a love story set at the end of time, a woman finding a second chance at life after becoming a vampire, and a disabled woman who finds love in a man from two hundred years in the future. In the WIP folder is a zombie-hunting cowboy, an angel with an attitude, and cynical Mafiosa tending a bar at the butt-end of the galaxy. And I’m having THE best time ever. 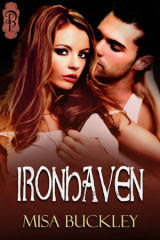 My name is Misa and I’m a speculative romance author.

Bio: Misa grew up fascinated by space and its possibilities. She wrote her first novel in 2007 for NaNoWriMo, and while she didn't finish it she was bitten by the writing bug. Her first published story, IRONHAVEN, was published in 2011 by Decadent Publishing. Her second is out July 2012 through Champagne Books.

When she's not writing (which is rarely), she can be found herding her children, chasing after her husband, or fiddling with her 1972 VW Beetle. She can be found on Twitter as MisaBuckey and the quickest way of getting her attention is to mention Cliff Simon.

Giveaway!
Leave a comment for your chance to WIN an ePUB copy of Ironhaven.

A winning combination there, Misa. :)

Dr.Who - my mum was obsessed with it and so we watched with her. Even after my broher and I had left home, she still watched it, that and Star Trek. She was absolutely fascinated by thoughts of other worlds out there. I think if she'd had the chance to go into space - she'd have said yes. I'd be the one waving her off!

It's nice to get to know more about you and what influenced you Misa! I think most of us who love our SFR and write it grew up on some form of Star Trek. I know I did too! And science, and techie stuff and the prospect of space travel... it just goes on and on!

In the wilds of Wyoming, the only "real" sf on tv was Lost in Space. No Dr. Who back then on our tv. Nice to "type" to you, Misa!

Thanks for participating in our bash today, Misa.

Whoo hoo, Doctor Who! I loved it as a child. Used to watch it with my Dad.

Sounds like a great collection of stories. Thanks for participating, Misa!

What's not to love about Star Trek and Dr. Who?