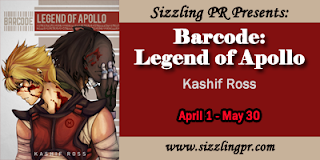 *Warning* I'm a no makeup, lingerie, talk a little dirty, and tell me exactly how you want it type of guy. So when I'm blunt and honest, don't be surprised. I just call it how I see it.

Yeah. I want to go there. I want to define sexy because too many people try reaching such a prestigious goal, but fail miserably. What the hell is sexy?

Sexy is what you make it, right? Kind of.

Once upon a time, I thought everything was sexy. I could see the true allure in the world and appreciated the uniqueness of life. But I can't do that anymore. I'm married. I've set my standards and realized that sexuality has become saturated.

There are pole dancing classes, unique lingerie, sex toys, photo shoots, body paint, skinny jeans, workout videos, and a heap of other tools...all made to help you become sexy. Though there are so many options, everything that is enticing looks the same now. Why? You've been programmed.

I'm not going to get into some political babble, but not enough people explore various realms of sensuality and seduction. Too many people look at Kim Kardashian, Angelina Jolie, Zoe Saldana, Rihanna, Chris Brown, Fifty Cent, The Rock, or Bradley Cooper. After analyzing these stars, people work at becoming just like them.

There is no privacy anymore. There's no mystique or allure. Nowadays, sexy is defined by how much you put out. How much you can show off.

Attraction is meant to be mental warfare. Every writer knows this. If you want to turn a reader on, add sexual tension. Don't reveal too much. Let it play out in the reader's mind. The more explicit you are, the less you allow the reader to fill in the blanks.

If you want to be sexy, you need to become an author of your own life. Let your viewer wonder. Let thoughts of you fester in their brain until it explodes. You want them to overflow with intrigue.

Stop giving it away for free! The more you expose, the less they wonder. Eventually, curiosity will vanish and they'll simply want the final product.

So women, until you get sexy back on the right track, I'm stealing your defining rights. You're not sexy until you're like a good book--full of mystery, twists and turns. By the way, having a good cover helps.

Spencer's an infamously well-known “god” uninterested in his own fate. He turns nineteen-years-old on the first day of his last year at Colt Academy, the academic institution for gladiators. To celebrate, he unwillingly mentors a mysterious nerd, watches his family's helicopter plunge into the ground, and meets a strange Louisianan boy that may want to kill him. With the future of his family's fortune on the line, Spencer not only has to fight the occasional trip to Hades, but also train with his most hated childhood friend, discover the truth about his mother's death, and reestablish his legend as America's savior.

I’m such a failure.

My instructors say I’m the first of the bloodline that isn’t naturally a top ranking student. Therefore, professors are inclined to boost my grades in order to keep “the great Apollo” at the top of his class.

I apologize dear ancestors. I will honor you by falling on my sword.

Damn. I don’t have a weapon yet. Give me a few days, folks.

I find a seat on a stone bench next to a small pond and watch as several lizard-fish swim and crawl through the shallow water. One has the flesh of a koi fish but the body of a garden lizard. The gold and black colors blur as my heavy eyes close and my head drops. I’m still jet-lagged.

As I open my eyes, a sharp kick lands between my ribs. Before my attacker can remove her foot, I grab it tightly and swing her into the pool.

The plague sitting in front of me with her butt dipped in an inch of water, and her arms folded neatly around her legs, just so happens to call herself Hannah’s best friend, though I knew her long before the two met.

This tomboy has a kick that’s out of this world. Her barcodes are powered by the goddess Atalanta. Every god and demigod has a code that they’re born with. That’s what separates us from Apes and humans. Some gods bond well with their bodies, while others pump so much power into their flesh that they can hardly stand. Ever. It can be a gift or a curse.

“You got my panties wet, jerk.”

“Why would a boy wear panties?”

“You walk like one, talk like one, but wait, you kick like a girl,” I tease, but my ribs scream in pain. Even more, I’m defiantly conscious that Michelle’s beauty competes closely with the most attractive girl on campus, Hannah. Still, she and I are mortal enemies that will one day battle to her death.

I’ve seen these visions in my sleep. Any morning I wake up after slaying her just so happens to be a great day. Yes. I’m very aware that many people consider these dreams, but if they are prophetic, The Writer does truly love me.

“What does Hannah see in you?”

“What do you mean? She said that in our first year you always gushed over my blue eyes, and wouldn’t stop raving about my face.” I watch the wicked witch’s eyes nearly leap out of their sockets, and her face turns pale. If the tattoos on her legs shine, I’ll need to flee for my own safety. “Geez. You look so upset; I almost think it’s true.” 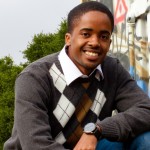 For the past three years, Kashif Ross has been mainly known as a teacher. Yet, he's managed to pick up very random titles along the way. Previous jobs include Student Molecular Oncology Researcher, Camp Counselor, CGI Animator, Character Designer, and Professional Geek.

Now he's an author living in California's Bay Area. You can find posts about his random thoughts and adventures on his blog, www.kashifross.com.

Hello There,
I just wanted to see if you were currently interested in additional guest bloggers for your blog site.
I see that you've accepted some guest posters in the past - are there any specific guidelines you need me to follow while making submissions?
If you're open to submissions, whom would I need to send them to?
I'm eager to send some contributions to your blog and think that I can cover some interesting topics.
Thanks for your time,
Tess