New Sci-Fi on Television Recap - What shows have you seen?

Hello peeps! Hope you're managing to stay warm wherever you are. It's cold here in Southwestern Ontario, with the temps dipping down below freezing overnight. We don't have any snow, but I'm sure that's to come.

Anyway, back in August--when it was much warmer--I spotlighted some of the upcoming sci-fi television shows that would be premiering this fall. Well, all those shows have premiered now, and I'm going to recap them and talk about the ones that I have seen.

While I've seen every episode, I'm often interupted at this time period. 8 PM is the time we put our children to bed, so I don't always see full episodes. And because superheroes are very much my husband's "thing", I take my turn and let him watch the full show. What I have seen, I've loved. And they did explain why Agent Coulson is alive, in case you were wondering. 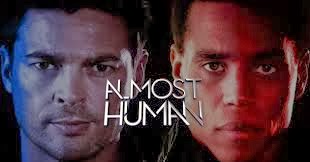 I missed the first episode of the show--that's what happens when we have to wait until November for a show to premiere. But on Monday, I did catch the second episode. (My husband's turn to get the kids to bed.) The episode was about sex bots. Pretty cool! And I love how the show combines science, but also emotion. Even Dorian (an android) deals with the struggles of being seen as not quite human. I'm really looking forward to more of this show.

I caught the occasional episode of this show. It's a great concept, but if you miss an episode, it can be very confusing as you try and catch up. See, the main character is a clone. And she discovers this when she sees herself jump in front of a subway train. As the show progresses, she finds more and more clones of herself, and joins forces with them to destroy the company who created all of them. But the clones are being killed just as fast as she is discovering them. 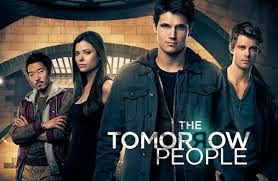 This is another show that we try and catch regularly. It really is great to see so many sci-fi shows on network television. And available in Canada, too. :) The next stage of human evolution is here. But, of course, there are many who want to use it for their own gain, and others who simply want to destroy these people. So, they are in hiding. But it's hard for many of them to say goodbye to their old lives to remain underground. I like it! *Note: The MC is played by Robbie Amell, a Canadian, and younger cousin to Stephen Amell from Arrow.

As for The 100 and Star-Crossed, I haven't seen those. Not sure if any of the networks here in Canada have picked them up as they have other CW shows.

So, which of these shows have you seen, and what do you think of them? Any other sci-fi shows that I should be watching? 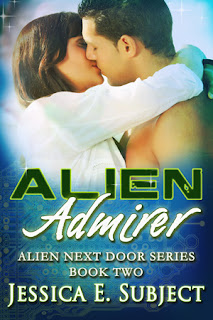 Great summaries, Jessica! I haven't seen any of these shows yet, but Almost Human really looks like it might be my thing. Orphan Black also appears to be worth a look. I may tune in on the others but I suspect they're a bit too superhero themed for my tastes.

Thanks for your recap!

Thank you, Laurie! They all have a different flavor to them, which is really nice. I would have liked to see more aliens and shows taking place in space, but these futuristic and alternate reality shows still satisfy my craving for sci-fi on television. :)

Thanks for the insight into these sci fi TV shows. I'll definitely be looking out for them.