It's not the years, honey, it's the mileage.

A very cool quote that meant absolutely nothing to me when Indiana Jones first said it back in 1981 but now that its 2013 I totally understand it.  And now that I think about it, I guess it was the same thing that the makers of the Expendables were trying to say when they made those two movies.  Some guys just get hotter with time.

From Edward Norton, Patrick Wilson, Shemar Moore to Dwayne the Rock Johnson, I love a man with a little mileage on him.  Be it with experience, age or a combination of both there’s nothing hotter than a man who’s a bit older and still got it.  Yes there are some hotties out there rockin’ their twenties but thirty-somethings and older should not be left out the game! 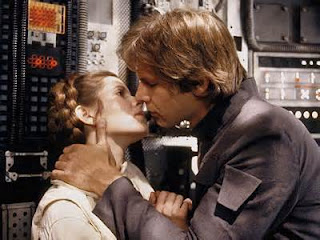 I guess it all started with Star Wars.  You see, when I was a kid, my dad took me and my brother and my mother to see Star Wars when it first came out.  And of course like everyone else I was blown away by the whole thing.  But my six year old mind, though enthralled by all the characters on the screen, only saw Luke as the cool friend but was enthralled by Darth Vader and had a major crush (or my child like equivalent of one)  on Han Solo.  The loveable rogue who’d seen it all, Han Solo with his cool ship and loyal best friend made me swoon. 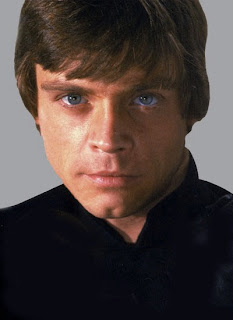 Of course that dissipated as he fell madly in love with Leia and while Luke morphed into his acrobatic sword wielding Dark Jeddi.  I soon kick Han to the curb and fell for Luke and his hardened gaze.  The black double breasted shirt (yes ladies and gentlemen it was the 80’s what can I say? He was sharp!) pants with the tall boots and the black glove on the injured hand, he was hot!  Yes the dye was cast.

The difference between the Luke in Star Wars and the one in Jedi was age and experience.  He’d seen it all and lived to tell the tale.  Not only did he have that compassion in his heart for the people he loved but he was willing to do what he had to in  order to defend them from the threat that sought to destroy them.  And then that hot bod too.   Mmmmmm.

Some of the coolest heroes of late have not been in their twenties.  Like Tony Stark, Bruce Banner, Hawkeye in the Avengers.  Or if you go to tv don’t forget Aaron Hotchner and Derek Morgan in Criminal Minds two men who are forty plus!  So who says an alpha male hero has to be in his twenties to be hot?  Not me!

Colonel Medoro Keegan is just such a man.  Forty-two years old he’s seen it all and  somehow managed to keep that boyish gleam in his eye despite having lived through his fair share of hell.  A passionate man who knows what he wants and not afraid to go after it, he still understands that none of it means anything without someone to share it with.

The second book in my futuristic romance series The Cold Warriors Universe is now available. 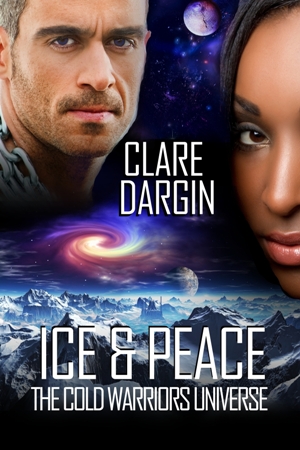 A New Threat? After a long and vicious war, peace is on the horizon for Earth and its allies. However, a series of mysterious attacks on several secret military installations causes hostilities to rise once again.

Redemption. Having left under a cloud of disgrace, retired Marine Colonel Medoro Keegan is called back to duty.

Bound. His wife Caitlin, the only surviving member of her team, chooses to embrace life, albeit grudgingly, as a cryo soldier. Seen as sub-human, she is forced to serve a planet that denies her rights as a person.

Driven. Guided by their sense of duty and belief that some things are bigger than them, they are determined to risk it all.

Hope. The cost of war is high. Can their love and marriage survive? Or will it be killed off by the very same mission that brought them together?

Caitlin was a sight for sore eyes. She was beautiful. Her petite frame was perfectly accented by the curves of her figure. And her brown eyes and coffee-brown skin was smooth, creamy.

Standing at attention, she did not meet his gaze. Though it was customary not to do as a sign of military courtesy, he could tell she was not doing it for that reason. Her gaze was different. Circling her, he tried to see if he could catch her watching him out of the corner of her eye. In fact, she appeared to be staring blankly ahead.

Peering directly at her, he spoke in a soft tone. “At ease.”

Pain pierced his insides. She was definitely not there. Keegan placed his hands on his hips and hung his head in defeat. The one thing that was supposed to go right did not. For whatever reason, they had placed her in a deeper state of mental control than she’d ever been in. He controlled the hostile emotions brewing with him. Touching her face gently, he felt her icy skin.

This is unacceptable! Not here. I will not let this happen here. Not under my command.

“Chief, listen up,” he said in an authoritative tone. He knew in this state, it was the only way he could speak to her and still have her respond.

Her response fueled his anger. “You are going to hightail it down to the doc and receive a full examination. Tell him it is based on my orders. He will know what to do. Is that clear?”

Knowing that she was under the influence of cryo neurotransmitters, Keegan figured the only way to combat it was to get someone to reverse it. They usually wore off once she was away from the stimulus triggers for a long period of time. But considering her stimulus triggers were high-ranking officers in uniform and combat situations, being around here meant she was going to be in a drone zone for a very long time. The last thing he needed was a zombie on board, especially one in charge of the lives others.

Only the jerks in psyche warfare thought doing this to someone would be a good idea. As long as he was running the ship, none of that would be allowed. There weren’t going to be any super zombies soldiers on board his ship. And he’d rollover in his grave before he let them do it to his wife.

“After you come back from the doc, you will report to me, understood?”

“Are there any questions?”

She did an about face before leaving the room. Keegan clasped his hands behind his back. In the blink of an eye, his joy had turned to sorrow. Now faced with the responsibility of looking after his wife, he wondered how could he handle the burden of command and still protect the woman he loved.

Ice & Peace is available from
Decadent Publishing, All Romance, Barnes & Noble and Amazon
as well at other eBook Retailers.

Also visit me on the web at:

I like older guys, too. I'm married to one. LOL Congrats on the new release!

My books often have older men because quite frankly they take forever to grow up!!!

Or the ones I know have.

I love older heroes! I wish there were more of them in romances (esp SFR). There's something about a mature guy with swag. :-)

Looking forward to reading your second book, Clare! I loved Keegan in the first one.

Okay, I want to say that while one of my heroes (Luc) *is* immortal, in his current life he's 63, and rocking it with a 20-something hottie. I totally get your drift on this post. I love a man with a little gray at the temples. Your hero looks scrumptious!

Thank you all for stopping by! I do prefer older men, too, and have always had a thing for Harrison Ford, whether as Hans Solo or Indiana Jones. :-)

Yes, I like older men, too. To write and to read. Just finished 'Hope's Folly' which stars the totally scrumptious Admiral Philip Guthrie.

All the best with the new book.