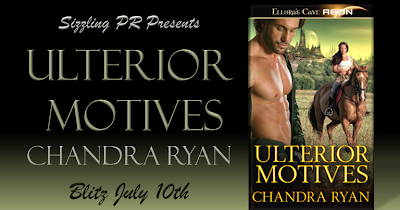 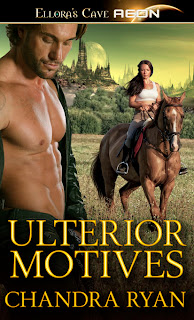 On a rural settler planet, Kat must resort to putting out an ad to find a husband. She doesn’t expect to find love—that’s a dream in these parts—just a partner to help work her ranch. Then the devastatingly handsome Jasper answers her ad and turns her on in ways she never dreamed possible. Too bad he’s not who he says he is.

Jasper doesn’t know what he’s getting into when he ventures undercover to investigate a legal claim against Kat’s ranch. But after a toe-curling night under her roof and in her bed, he’s willing to do anything to stay there. He can’t say no to the tough-as-nails businesswoman who makes his body come alive.

When people start getting hurt, though, both Kat and Jasper have to decide how valuable one piece of land is. And the ranch that brought them together might be the very thing standing between them.

“Excuse me, sir.” Her calm words broke through the chaos of the port station and gained his undivided attention. This close to him, staring into his rich, brown eyes, her stomach began to churn with nerves. She quickly pushed through the sensation, though. She didn’t have the time for silliness. And it was the height of absurdity for her to be uncomfortable around her soon-to-be husband. “I’m Katarina Maxim. My friends call me Kat.”

She held her hand out to him in casual greeting as she tried not to fidget. She’d debated how to greet him as she’d driven to the station. A kiss seemed rather forward. But she did want him to feel welcomed. A handshake seemed like the best idea at the time. Now, as she waited for him to take her hand, she started second-guessing herself.

She noted that he’d called her Katarina but tried not to let that color her first impression of him. She didn’t hate the name nor did she hate being called by it. It just didn’t fit her. Not anymore. Katarina sounded soft, delicate—refined, even. Like she’d been before her family had moved here. She could only hope that he didn’t see her as any of those things. If he did, he would be sorely disappointment when he got to know her better. “Kat. Only my mother called me by my full name,” she pressed.

“Kat it is.” His smile seemed genuine but his palm was as soft as new leather when he finally took hers. If he stayed, that would change. This planet demanded calluses and blisters. Her hands were proof of that. 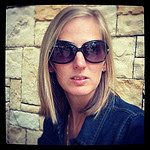 Being from a rather nomadic family, Chandra Ryan loves to travel and meet people. But she’s found that sometimes, like when you’re stuck inside because of a good old-fashioned Southwestern heat wave, you have to make do. Fortunately for her and her loving family, who don’t like seeing her suffer from cabin fever, she’s found creating new people and places equally as fascinating. Also, you’re a lot less likely to spill your ice tea.

A cowboy sci fi romance. That's got to drive the old guys crazy. The cover is gorgeous and the book sounds great!

And a huge thank you, Backward Momentum, for having my book on your blog today :)

It is our pleasure, Chandra! We love to support our fellow SFR authors, and find books for our tbr pile while we're at it. ;)