My love for aliens started with Superman - #scifirom #ManofSteel

In a post earlier this year, I listed several science fiction and science fiction romance movies that I am looking forward to watching this year. Now, most of them I will not get a chance to see in the theaters, but I do hope to catch a couple. The rest I will watch on DVD. I already saw Star Trek Into Darkness at the theater in 3D. LOVED IT! After Earth released last weekend, and I hope to catch that film as well.

The other movie I hope to catch at the theater is Man of Steel. Why? Because I LOVE Superman. I have for as long as I can remember.

I watched the Superman movies when they aired on television (in between my father flicking the channels - Grrr), watched Lois & Clark: The New Adventures of Superman, and grew excited when this commercial came on:

And when Warner Bros. brought Smallville to television, I watched that as well. Though, I have to admit, I didn't enjoy Superman Returns, released in 2006. It just didn't do it for me.

Superman remains my addiction, the alien living on Earth, who continuously saves us from ourselves and other extraterrestrials. My hero. I mean, aliens can't be so bad if there are at least some like him. At least, I keep telling myself that. LOL

Anyways, without getting into the science of what aliens actually might look like, I admit, that I prefer the version co-created by Joe Shuster and Jerry Siegel.

With Superman now celebrating 75 years, this movie has a lot to live up to. From the numerous trailers I've seen, it looks great. My fingers are crossed. :)

So, do you plan on watching Man Of Steel, either on the big screen or the video? Or will you pass on Superman?

I leave you with a trailer from Man of Steel, which releases June 14, 2013 (the same day as Another Night, Another Planet): 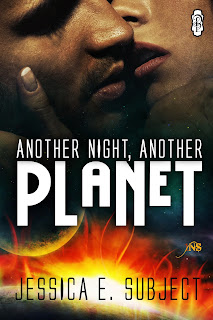 That first video was very odd. It's rather like a peek into the past how someone came up with the idea of Superman. I thought that interesting.

Up in Canada, we have a bunch of commercials like that, giving us glimpses of things Canadians have discovered, created, and how they have sacrificed their lives to save others. Joe Shuster was born in Canada and lived her until he was nine.