It used to be Science Fiction

If you grew up in the 80's like I did, then you remember the warnings about solar flares. To us it was scientists trying to describe things we had only seen in crappy graphics in movies and television. Something that would mess up communications on those crazy futuristic things the guys in Star Trek used to call each other. (BTW: beepers were the only things available when I was in high school and only drug dealers and doctors used them.)

And then last night and tonight on television I had flashback. Here we are in an age with cell phones that are COOLER than Kirk's communicator but the sun can still screw us up.

Reality outshines imagination a little today. And these pictures of our sun show us why. 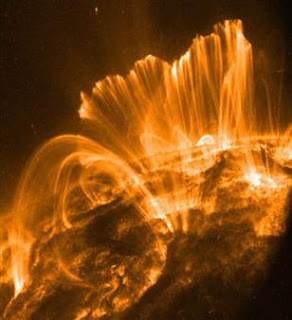 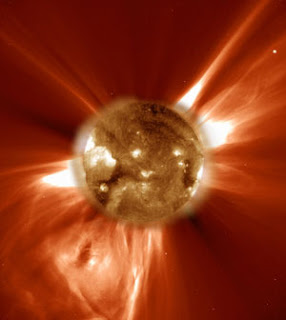 P.S. My first published short story, Coming Home, is FREE on Amazon right now. It's Urban Fantasy, just in case you would be interested.http://www.amazon.com/Graylin-Fox/e/B004QOLZKK/

I remember when there were beepers. In high school, the controversy was whether kids should be allowed to wear hats on their heads in class, not whether cell phones should be allowed. Yes, society and technology have come a long way, some good, and some not so much. But amazing when sci-fi becomes reality. :)

It's pretty amazing when the things we read or see on science fiction TV shows & movies actually comes to pass. A lot of inventions came that way. There's a list somewhere. I'll have to dig it up.