What I've been working on this week. 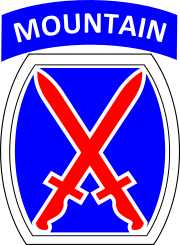 It's that time again, when I share some short excerpts from my current WIPs. This week it was all about the military. Maybe because my baby enlisted to become a combat medic in the Army this week.

So here we go again.

When my oldest son joined the Marines and contemplated signing up for EOD, it kicked off major research on ordnance specialists, and resulted in my science fiction series, Blown Away.

This time, the story is about a combat medic with the 10th Mountain Division, PTSD and a mysterious cargo in a convoy that could be the start of a pandemic. Here's an excerpt of my project this week:

His unit had been called in to extract survivors of a mangled convey, and ended up needing rescue themselves. Caught off guard in an ambush, they’d been hit hard with anti-armor and IED. They had heavy casualties, and a cargo they were ordered to keep out of enemy hands at all costs.


Everywhere smoke choked the air with the smell of burnt hair, blood and charred flesh, akin to a slaughter house on fire. Men cried out from the dark—for themselves, for their friends—brothers-in-arms.


He couldn’t get to half of them fast enough, and one he’d found in pieces. The sight had churned his guts and he’d ended up leaving the contents of his stomach a few feet away, not his usual reaction, but then again, nothing was usual about what he’d seen.


The soldier clung to his friend’s torso, what little was left of it. He’d begged Justin to save him, all the while continuing to encourage the deceased soldier to keep going, though it was clear his friend hadn’t taken a breath in hours.


Everywhere Justin went there were glassy-eyed stares and mumbles of men, too shocked to speak coherent phrases, injured and completely out of their minds. The kill-site was full of the walking dead—nothing more than zombies.


“Sir?” Justin said as he pressed the plastic package from the dressing on the sucking chest wound of a radio operator, he’d gotten to just in time. A deflated lung, but if they could load him on a chopper, he’d stand a chance.


“Broken Arrow,” the colonel said softly, so no one could hear the order.


Perhaps he’d heard wrong? Justin looked up from where he bandaged the wound, fighting to seal the hole so the kid’s lung would inflate.


The silver-haired battalion commander, stood in the middle of the disaster, a look of desperation on his face. “You heard me, sergeant,” the colonel said.


Justin blinked. He hadn’t imagined it. “If I take the pressure off this wound, he’ll die, sir.”


“Call in the God-damned air strike.” Colonel Joseph dropped a GPS in Justin’s lap and continued to stare off into the dark, not bothering to look him in the face as he ordered him to commit suicide, and take the unit with him. “When that sun cracks over the horizon, we’re done anyway."


Whatever was in that convoy, the colonel didn’t want the enemy to have it. It had some importance—a Green Beret escort, a battalion sent in to extract, more Taliban than Justin had ever seen in one place. Important enough that a full bird had ordered his own death, and the deaths of everyone in the battalion to ensure the enemy didn’t get their hands on it.


The colonel pulled his side arm and pointed it at Justin’s head. “I gave you an order.”


Justin let go of the dressing picked up the GPS. He gave the commander one last look and called in the coordinates. As soon as he heard “roger,” Justin dropped the radio and reached for the soldier, but it was too late. The radio operator gasped, let out a sound like a nickering horse, and died with blood bubbling from his lips.

From that point forward, everything became a blur. Justin dropped to his ass beside the dead soldier and leaned against the roof of the five ton, turned on its side.


He didn’t know if it had been minutes or hours, but he knew the sounds of F-16’s and A-10s roaring toward them, were answering his call.


“Incoming,” someone screamed. He didn’t want to die, not like this. Justin scrambled to his feet and ran through the wreckage until he reached the end of the destroyed convoy. He dove to his belly in a nearby ditch, covered his head, and replayed his life as the explosions rocked the word around them, knowing they most likely were the last thoughts he’d ever have.

He didn’t have much to look back on. A mother that ran off when he was six. A father in prison for armed robbery, not even a current girlfriend that stuck around while he was deployed.


Debris rained down, everything from rocks, to vehicle parts, and human remains. Something solid connected with the back of his skull, and then chaos fell away.

“This one’s alive.” Someone pressed fingers against his throat, feeling for a pulse. Justin was lifted onto a stretcher. Pain rode his nerves like they were electrical wires, sending jolts of agony to the tips of his fingers and toes. He opened his mouth, but nothing came out. Every step the medics took as they hauled him toward reprieve, hurt. Broken bones, burns, he wasn’t sure what was worse--living or dying.


Let me die. He deserved it. He'd killed them all.


Whump, whump, whump, the chopper’s blades beat against the air. The pressure seemed to pound down on him as they loaded him on board. He turned his head, opened his eyes and stared out over the battlefield, now a large crater. Below, a graveyard covered the landscape. Soldiers picked through the debris, searching for survivors. It was amazing they’d found any. From the looks of it, the bombs had tried to punch a hole through the planet.

And such an intense excerpt. Well done! :)

Thanks, I love writing military based stories. And who makes better inspiration than the heroes in your life?