Thank you for hosting my first audio release, the erotica anthology SURPRISING MYSELF!

What is your secret fantasy? That one thing you dream of doing but have never had the chance to fulfill in real life… Thirteen writers present sexy, steamy stories of women getting the chance to live out their personal fantasies. What’s yours? Whether it’s several lovers at the same time for a pulse-pounding ménage scene or the allure of getting caught in public, these stories will set your mind ablaze. From voyeurism in a sex club to swinging, cuckolding to cosplay, SURPRISING MYSELF brings you stories from thirteen hot new writers to watch out for and just might make you think about fulfilling your own wildest fantasy. 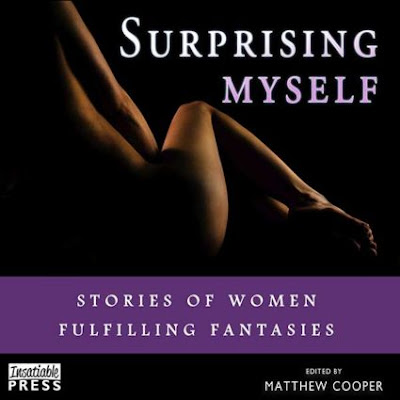 ABOUT LEA BRONSEN'S STORY " COME ABOARD"

Lorna, a young American reporter, travels to a port town in France to cover a yacht race. She hopes she’ll be able to experience her wildest fantasy on the beach – sex in public. Due to getting on the wrong train, she has an argument with the controller, who she finds both immensely sexy and annoyingly arrogant. When he brings her to the engine, pretending to restrain her but instead getting intimate with her, she sees the opportunity to live out her fantasy…

If lucky, I might even meet a handsome Frenchman with whom to spend Saturday night. I’m single, have been for the past few months, and at twenty-three, the lack of sex for such a long time is driving me half-nuts. An interlude with a local hotness on one of the warm beaches of Sables sounds like an irresistible idea. Yes, a beach, or any other public place. The eBook I’m reading features a heroine getting the fuck of her life in an open park at night against a tree in full view of passersby. I want that kind of excitement, too. The three boyfriends I’ve had in the past few years were good in bed but not daring enough. I yearn for someone to do something crazy and a little forbidden with me, in public visibility. Surely, that hint of dangerousness, the possibility of being caught by the authorities, should increase the sexual experience—and our orgasms—tenfold.

For now, I’ll have to do with checking out the cute Maghrebian controller while waiting for him to examine my ticket. Row after row, he walks the narrow aisle toward me, distributing polite smiles to the passengers and answering questions. Tall and broad-shouldered, he has the looks and build of a soccer player. A black tribal tattoo appears below the short sleeve of his purple shirt and travels down his sun-kissed, muscular forearm. Beneath his gray cap, he sports a short buzz cut, and two or three days’ worth of black beard stubble covers his cheeks and chin, just enough to make him…oh, God, immensely sexy. With full lips, a strong nose, and black olive-shaped eyes, he’s a gem of North Africa, an exotic, roughly polished jewel. He would definitely fit in my fuck-on-the-beach fantasy.


Preview the book on Amazon


Add the book to Goodreads 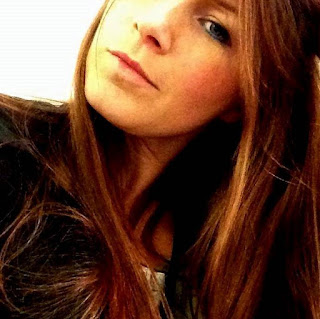 Thank you for hosting my audiobook release!