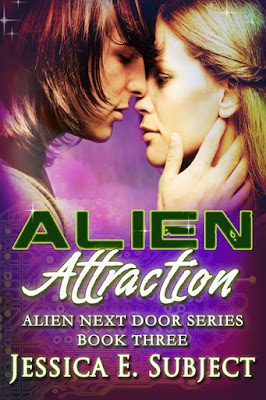 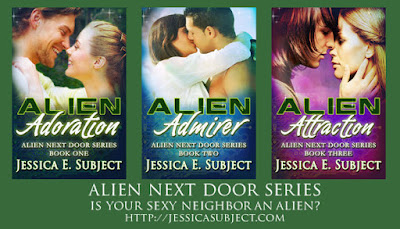 Excerpts:
Excerpt 1 (PG)
“We need to talk.”
Tossing the clothes and keys inside, she stood in the entrance, blocking his view of her home. “No, we needed to talk last Saturday, last Sunday, or Monday even. Not today. It’s too late. I get the message. You’ve avoided me all week, because you weren’t away on business. I heard you enough times slamming cupboards, drawers, and arguing with the voices in your head.”
“With my brother.”
“Whatever. Plenty of time to come over and talk.”
She ducked inside and shut him out, but couldn’t quite latch the door, Chal obviously pushing on it from the other side.
“I know what you are.” The words came out in barely a whisper, but loud enough for her to quit fighting him. “I know what that thing is on the floor behind you, and even though it’s giving me a killer headache, I’m still here because, as I said, we need to talk.”
Grabbing the front of his shirt, Angela yanked him inside, and locked the world out. “Fine, what do you know?”
Excerpt 2 (Adult)
Resting his palm on her hip bone, he resisted the urge to scoop her up in his arms and take her to the bedroom. Could living in this part of the world be so easy for his kind? “What about you? Could you fall in love with an alien?”
She smiled, her body relaxing again. “I am absolutely sure I could.”
“What about a regular human being?” Slowly gathering her skirt up her legs, he waited for her answer. Would she reject him?
“Could I fall in love with someone from Earth? Sure.” She moved her hand down and began to rub his inner thigh. “If that someone is you.”
Lust oozed out of her pores, accelerating his desire. He sat up, anxious to kiss her sweet lips. So soft and tender. She wrapped her arms around his neck and leaned back, pulling him on top of her. Chal plunged his tongue into her mouth the way he wanted to experience other parts of her.
Angela held the hem of his sweater, drawing the material up until he was forced to draw back for a moment to get the dang thing off. As she trailed her palms up and down his back, Chal slipped his hands under the skirt of her dress. He yearned for more. All of her. No internal warnings with his neighbor. Every inch of his being encouraged him on, to make the ultimate connection with the woman who said she could love an alien.
Clasping her waist, he ran his thumbs along the edge of her undergarments. With a throaty moan, she thrust toward him. Encouragement?
He lifted his head and gazed into her honey-colored eyes. “Do you want this?”
She nodded and pulled him back down, claiming his mouth the way he yearned to claim her. When she elevated her hips, he slid his fingers beneath her undergarments and shimmied them down her thighs.
Bio:
Jessica E. Subject is the author of science fiction romance, mostly alien romances, ranging from sweet to super hot. Sometimes she dabbles in paranormal and contemporary as well, bringing to life a wide variety of characters. In her stories, you could not only meet a sexy alien or two, but also clones and androids. You may be transported to a dystopian world where rebels are fighting to live and love, or to another planet for a romantic rendezvous.
When Jessica is not reading, writing, or doing dreaded housework, she likes to get out and walk with her giant, hairy dog her family adopted from the local animal shelter.
Jessica lives in Ontario, Canada with her husband and two energetic children. And she loves to hear from her readers.

Thank you so much for having me back on Backward Momentum! :)

Thanks for including Backward Momentum in your launch.