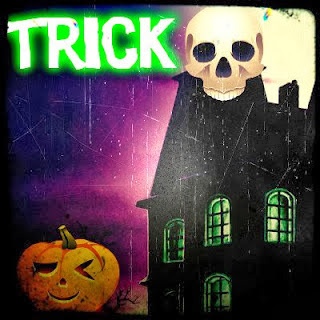 Today is indeed a very lucky day for me. Twenty-three years ago, I married the man of my dreams. Yet, many have told me it was crazy to choose the 13th of October for my wedding. Why? It's always been a lucky number for me. Which made me think about superstitions and their origins.

What would a Lucky 13 Blog Hop be without some superstitions? Shall we explore them?


Knock on wood:
Knock, knock. Who’s there? Ever wonder why people knock on wood to prevent being jinxed? Well, the Pagans believed that all living materials were imbued with spiritual powers, including trees. By knocking on the wood, a person could drive away the evil spirits from the object in which they resided. Think about that next time you knock on someone’s door.


Breaking mirrors:
Souls were said to dwell in mirrors, and in the ancient world, if you looked into one you could invite death. Also that any harm done to the mirror, would be reflected back on the person who broke it. As time went by, the punishment lessoned to 7 years for cracking that looking-glass.


The Victorians covered their mirrors in black cloth while a body was laid out in the house. This was thought to keep the spirit from becoming trapped in the glass, instead of moving on to the afterlife. Going hand and hand with that, if you saw your reflection in a mirror in a room where someone just died, you would die soon also. Many cultures believe cameras can capture soul, like a mirror.  So, if the Victorians were so superstitious, I wonder why they took portraits of their dead loved ones. Anyone?
Mirror, mirror on the wall....


And since early Christians believed pagans to be witches, it didn’t take long for them to link a black cat to a witch, someone in league with the devil.
Pleaseeeeeeee.
Besides the black cat, some other black animals are known for being bad omens. I mean you can have a flock of geese, but when you have a group of ravens, they are called a murder. Nevermore!


Black hounds:
From folklore of the British Isles, the black hound is thought to be a hellhound, or portent of death. Black dogs are universally regarded as malevolent, some are even accused of being harmful, or causing death. A few of the more notorious: The Gurt Dog of Somerset, The Black Hound of Hanging Hills Connecticut and The Barghest.


Black Horses:
Púca—or ghost horse from Irish folklore can either bring good or bad luck. Tales say that if he appears to you in the form of a black colt, with chains hanging from him and you climb on his back, you’ll never be seen again.


However, if you are a farmer and you offer him a gift, he will return it tenfold, blessing you with wealth. Maybe. Are you ready to make a deal with the Devil?
Most say beware the devil beasts that bear a black coat.


Wonder what my cat would have thought of that?
Walking under a ladder brings bad luck.


Where did this superstition come from? There are a couple of theories. One is that in medieval times, the ladders were used to get criminals to the gallows, in fact, in areas where trees were scarce; some criminals were hung from the top rung of a ladder that had been leaned against a wall. The evil spirit was thought to reside there. So when you walked under the ladder, you took a chance you’d encounter that spirit.
The other theory is that early Christians believed the triangle a sacred symbol of the Trinity. By walking under a ladder, you were breaking the triangle and this meant you were in league with the devil.
Trick or treat?

This phrase owes its origins to souling and guising. Beggars would often beg for cakes in return for offering prayers for the dead on All Souls Day.


You ready for your trick? 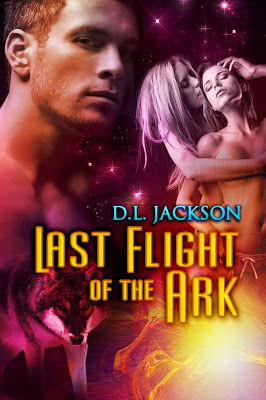 Let’s talk alien abduction. In Last Flight of the Ark, Col Kaleb Titan and his crew discover aliens have been taking people from Earth for thousands of years. But why? In this tale from a darker side of the galaxy, Kaleb and his crew are placed in a situation where they must make a choice that won't be easy.

Twelve hours outside of Terra II, Colonel Kaleb Titan, a molecular geneticist and commander of the Ark faces a life or death choice that could change the fate of mankind.


I’m giving away an e-copy of Last Flight of the Ark to one lucky commenter. All you have to do is leave your email and a short thought or two about superstitions and their origins. That’s it. At the end of the hop, I’ll draw a name from my virtual hat.


Be sure to visit the other participating blogs to get in on the goodies here:
[inlinkz_linkup id=305091]

Thanks for stopping by today. For buy links to my books, and excerpts, please stop by my website at www.authordljackson.com


Beware, what goes bump in the night.

I loved your superstitions! And happy anniversary! I remember doing this whole impromptu when I was in high school about why people called black cats bad luck and it came down to something resembling a Bill Engvall here's your sign moment! Thanks for joining the hop!

Happy Anniversary! (My parents' anniversary was 10/14. My mother, whose birthday was also in October, swore it was her favorite month. She was a Scorpio and a little witchy. I'm surprised she didn't choose 10/13, but I'd guess it didn't come out on a Saturday!

I didn't know many of those superstitions. They are great. Must remember. Thanks for sharing.

My grandson was born on the 13th November - so I reckon 13 is now lucky! Happy Anniversary, Dawn and Paul.

Think athletes have a few of them

I think you're right. Look at whole hockey teams that didn't shave to hold onto their luck.

Happy Anniversary!
I'm not a big believer in superstitions even though I grew up with a Portuguese Grandmother who was highly superstitious. She always would tell me of the evil eyes and all kinds of superstitions involving the phases of the moon. It did stick with though and unconsciously I find myself following some, lol.

i still throw salt over my shoulder when i spill it. something my grandmother taught me when i was little.

Awe, Happy Anniversary!! <3
It's funny that you like the number 13, that is my favorite number as well and my parents always thought I was a little off for it. I see it as lucky as Friday the 13th rarely happens so I look at it as a great day! =)
Thanks for the giveaway! =)
JJs2468@aol.com

Well the number 13... Both my parents where born on that day.. one in July and the other in Oct. So I belive to a point.
elliott2668[at]yahoo[dot]com

I think you're right. Look at whole hockey teams that didn't shave to hold onto their luck.

Enjoyed reading all the superstitions. Thanks for sharing My husband is very superstitious, myself not so much.
skpetal at hotmail dot com

As I read your post, I thought of why we say, "God bless you" when we sneeze. In medieval times, people thought your soul might leave your body from the sneeze. Saying "God bless you" kept it inside. LOL! I know better...but I still say the phrase.

Thanks for letting us know about all the superstitions and happy anniversary!! I still do everything I can to NOT break mirrors because of the whole 7 years bad luck thing!
Ashley A
ash_app@hotmail.com

Jessica Schank Snow, you are the winner from my Lucky 13 Blog Hop post. Thanks to all for stopping by and telling me a little about what you think of superstitions.

Those superstition origins are great! I love the one about walking under a ladder and knocking on wood!
Thanks for your giveaway

This is so fun and exciting! Happy Halloween to ya all! Thanks for the fun and goodies! :) I find superstitions very interesting. My family does believe in some. I know my momma has made me throw salt over my shoulder more than once. lol
shadowluvs2read(at)gmail(dot)com